A downloadable game for Windows

After much preparation and negotiation, you have finally been allowed to marry your lover, Ezra.

However the ceremony is rudely interrupted by Lilith, the archdemon of rebirth –who your grandmother defeated 50 years ago. Now in human form, Lilith kidnaps Ezra, claiming they made a promise to be together in a past life.

Of course, you are having absolutely none of it, so you (a berserker), your best friend Alex (a court mage) and sister-in-law Eva (a paladin) set out to chase down Lilith and rescue you spouse-to-be.

A breezy and lighthearted romp through 4 short areas and customizable skill trees.

Project developed for the IGMC 2022 contest with the Rebirth theme.

This was so much fun to play, loved how funny the characters were! Plus, bonus points for the cat. :)

This is... a masterpiece. I truly enjoyed myself from beginning to end - I couldn't even bring myself to be sad it was over, the ending graphics and final scene were so cute!

I will note there was a minor bug with the Berserker Splash Axe skill, though - sometimes the second excess damage attack wouldn't trigger. I'm not entirely sure what causes this - I think most of the attacks it didn't trigger on were critical hits, so maybe a bug with the critical damage calculation...? It wasn't game breaking, just made battles last a few hits longer than they would have otherwise.

Ah, it would adjust the damage for critical hits after the overkill calculation. I'll add it to my bug list.

Thank you for playing and feeding back, glad you had fun.

Holy necromancer, where to start at this whole buffet of a game…

First thing that hits me in this game is the absolute solidity of the aesthetics, the music and graphics go together really well! The opening minute had me hooked in with the sound and visuals but the true charm of the game lies undoubtedly in the writing. This game is unapologetically corny and a very good way in my opinion.

I get swooped into that feeling of 100% glee back in the days when I played Final fantasy I on the GBA for the first time. Due to the fun and smart writing, this world feels so big despite being a linear story. Despite starting off at the ‘after the end’ scenario, I personally never felt lost at all being thrown into all of this. It almost feels like entering Game+ mode and being welcomed back into the game despite not having a prior experience with how everything is written.

Not one single character in this game is unlikable and forgettable, including the villans. Everyone has a very colorful personality and you’ll not want to miss any dialog with them. The folks in your village during the first area are absolute bonker madlads and it leaves a strong first impression of a setting that I just adore the vibes of. If you liked that, you’d be in for a pleasant ride as all the NPCs will carry the same amount of whimsical delight when meeting them. Your party members are great and lively, sick of your shit but stick with you found family. It’s great! Also do not mess with grandma... Never mess with grandma.

For a player who loves exploring every section of the map, you’ll be in for a treat. The map design on your journey is straightforward but littered with flavor text and gathering points, and some are just out of reach. You’ll be itching to try and find a way to that entrance stuck on a high ledge, I know I did and it’s rewarding when you find them. The size of areas are just right for the pacing of the plot and never out stays their welcome. Though for those of you who are not used to this early GBA aesthetic, it is possible to go cross eyed a little and miss a few treasure chests in the late game areas.

Complementing the story is the nice to handle combat and skill system. It is very easy to understand and does not have a confusing flow. It actually gives a good but fair challenge to defeat the monsters as well. While there is some reading to do when you first start, it is drip feed to you one step at a time so it’s not overwhelming, which I like. The team is your standard ‘warrior, mage, healer’ types but why fix a formula that works, they have good synergy with each other on my play.

The skill trees each character has also provides a good amount of thinking to do without overcomplicating things. But you should be cautious when your skill tree is close to the final skill, as your battles will be wasted on a completed skill tree when you could have started on the path of another one. There is also an unsaid requirement for the MC to beat the final boss due to the charm skill she possess, so remember to always save as another file when the game suggests it (you can go back to fix it).

Overall, I am blown away that this was made for a game jam. It’s technically a full game of 3 hrs. I would give this 10 stars if I could. Would replay it again multiple times just because it puts a smile on my face.

So excited to try this out! 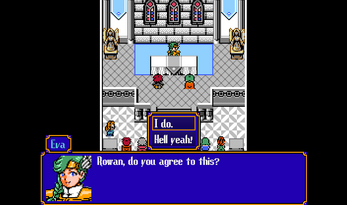 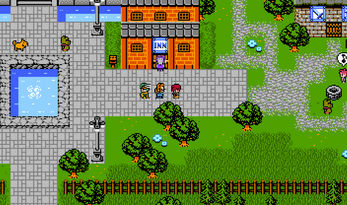 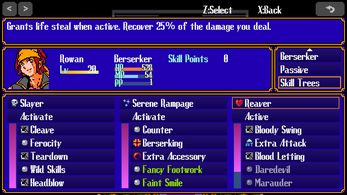 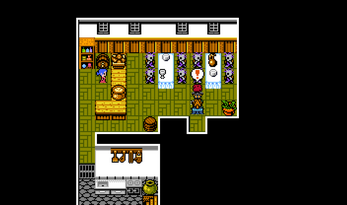 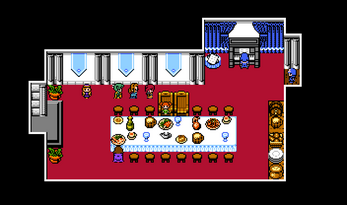 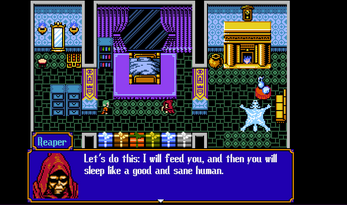 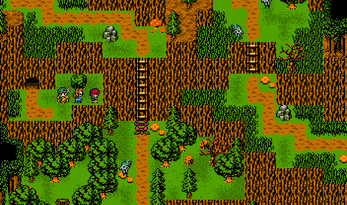 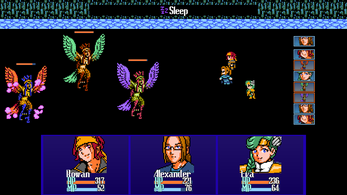 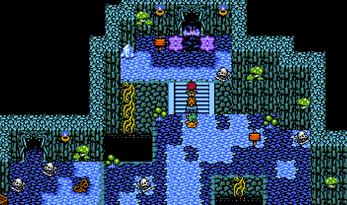